Author: Yaroslav Yurchyshyn
[Українською | In English | Po polsku | Auf Deutsch | По-русски]
Dear friends,
From its founding and till this very day, the Scout movement has it as one of its goal to educate children and youths as conscious and active citizens of their local, national and international communities. One of the main skills that the Scout methodology helps develop is ability to hear and understand the others' point of view. However, when this point of view is being imposed from outside, and more than that - through military intervention – we cannot remain silent.
Therefore, we condemn the actions of the Russian Federation's government and military and pro-Russian forces in Crimea, and call the government of Ukraine and the international community to take all measures possible to stop this armed aggression and encroachment on the territoriy of a sovereign state.
We call on all scouting organizations of the world, including the Russian scouts, to appeal to the leadership of their respective countries to take all measures to prevent bloodshed and to defend the inviolability of Ukraine's borders. No political aim can justify harming the health or deaths of innocent people. No child should become an orphan because of someone's unhealthy geopolitical ambition.
We call on the Ukrainian Diaspora across the entire world to use all available means to influence both the citizens of their respective countries, so that they express their support of Ukraine, and their respective governments, demanding to actively counteract the military intervention. We also urge everyone to picket Russian embassies and consulates across the world – Russian government must realize that such aggression will be punished.
We propose that our membership that is of age join in supporting the Crimean population as much as they are able to, especially by volunteering to host families with children and elderly, which, if need be, will be evacuated from the Crimean peninsula. Also, we need to be ready to provide both material and financial help to Crimea and all its residents that are in need. If you have friends in Crimea – please call, express your support – they are currently at the forefront of the struggle for our common independence.
And we, in turn, express our support for all the residents of the Crimean peninsula, who, just like the residents of Balaklava, are coming out into the streets and trying to stop the armed conquerors from engaging in violence. We are proud to have you as our fellow citizens. Whatever language you speak, whatever deity you pray to – we are with you in one united sovereign Ukraine.
Head of National Plast Council
Yaroslav Yurchyshyn 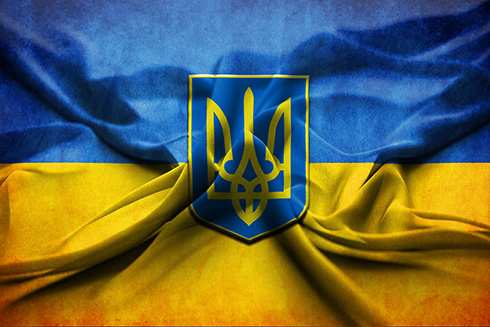